Peter Thiel may not be a name that you recognise, but you’ll most certainly be aware of his portfolio of investments. This is the man who cofounded PayPal and then sold it to eBay for over a billion dollars. This is the man who invested in AirBnB, Affirm, Stripe, and SpaceX. Thiel was one of the first to invest in Facebook, and he cofounded a data analysis company called Palantir that received funding from the CIA. Thiel wrote a best-selling book entitled Zero to One, and he set up a foundation that encourages (and bankrolls) young entrepreneurs to quit their college degrees and go into business Thiel is a man with his fingers in array of high-profile pies. 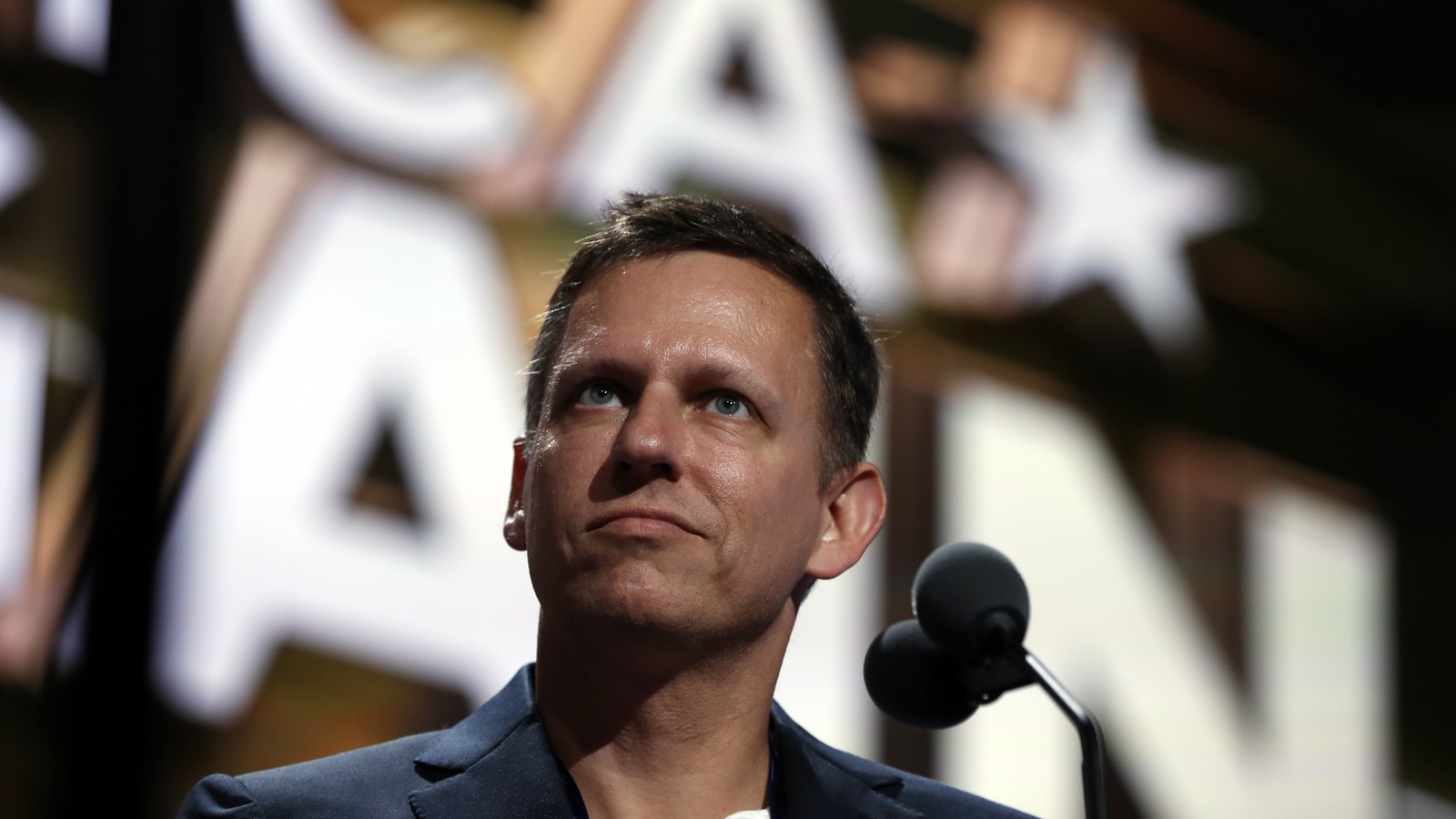 Max Chafkin, a journalist at Bloomberg, recently wrote a biography on Thiel entitled The Contrarian: Peter Thiel and Silicon Valley’s Pursuit of Power. In the book, Chafkin posits Thiel is the man responsible for the ideology that courses through the veins of Silicon Valley; an ideology that gives free rein to those who would pursue technological advancements with little or no thought to the consequences, and/or potential dangers that those advancements may inflict on society. The ethos of progress is encompassed in his payment investments which circumvent conventional payment systems to enable direct low-cost transfers for merchandise and services. These have fuelled a whole fintech revolution with payment processors that enable instant play in no account casinos as seen on MrCasinova.com. Thiel’s devoted followers, of which he has many, argue that Thiel pushes for technological progress to benefit society; to deliver greater personal freedoms, to bring about scientific breakthroughs, and to move away from the tyranny of government bureaucracy.

Thiel himself, it would seem, believes that the future belongs to the tech-savvy entrepreneurs who work their way up to billionaire status. His views are those of an extremist libertarian; one who believes that society must move away from the controls of elected officials, and away from the free commentary of mainstream media, and towards the influence of business moguls with the money and power to effect change. In Thiel’s book, which is essentially a ‘How to’ manual for becoming rich and successful, Thiel argues (and this is our take on it) that monopolies are the backbone of society, monarchies are more efficient than democracies, and that tech founders should be followed and worshipped as if they were gods.

Looking at Thiel’s portfolio, it’s clear that this is a man with vision. But is being a visionary enough to detract attention from the fact that Thiel is also knee deep in the murky waters of politics. Thiel is clearly not content simply to innovate in the world of tech. The man appears to be more MAGA than Trump. Thiel put his weight behind the Trump campaign in 2016, and it was thanks to Thiel’s intervention that the rift between Trump and the bigwigs in Silicon Valley was somewhat patched up. But why would an immigrant (Thiel was born in Germany) with two degrees from Stanford, who also happens to be gay, support a candidate as divisive as Trump? Let’s not forget that Trump wanted to take back rights from the LGBTQ community, and Trump wanted to build a wall to keep immigrants out of America.

Rather than look at where Trump’s agenda differs from Thiel’s, we have to look at where the two converge. People that have come to know Thiel would most likely say that money is the driving force behind everything that Thiel does. Some would say that money is the only driving force and that any talk Thiel makes of helping to improve people’s live is all fluff and no substance. Others would argue that Thiel is a committed republican of the far-right variety, and that his main concern is the safety of every individual American. The same could be said of Trump. What’s more likely, however, is that money, power, and personal gain unite these two heavy weights. And both have the support of sycophants who believe that rich, white men are the only ones capable of making America safe. But safe from whom? Why, foreigners, of course.

Following the terrorist attacks of September 11th, Thiel is said to have become mistrustful of immigration and globalisation. In 2004, Thiel ran a symposium at Stanford University titled “Politics and the Apocalypse.” In an essay for the symposium, Thiel wrote “A religious war has been brought to a land that no longer cares for religious wars,” Thiel wrote. “Today, mere self-preservation forces all of us to look at the world anew, to think strange new thoughts, and thereby to awaken from that very long and profitable period of intellectual slumber and amnesia that is so misleadingly called the Enlightenment.” Thiel also quoted Leo Strauss, a conservative political thinker who put forth the idea that America was only truly great because as well as upholding the principles of justice and freedom, those principles could also be overlooked should the need arise. In other words, it would seem that Thiel came to the view that due to the present climate of fear and the threat of terrorist attacks, the use of surveillance technology that encroached on privacy and personal freedom was justified. Strange, considering personal freedom is also supposed to be the backbone of Thiel’s ideology. But perhaps personal freedoms are only available to those who can afford them?

So then, is Thiel on a mission to protect America from her enemies by making her great again through renewed nationalism, religious fervour, and heavy surveillance? Or is Thiel solely interested in political manoeuvres that will prove profitable for his business interests? It’s interesting to note that prior to 2016, Palantir (a data analysis company/or should we say data mining/or perhaps we should just call it surveillance) was not doing particularly well. However, by the end of Trump’s tenure, Palantir was worth approximately $50bn –Palantir had been heavily involved in defence projects and immigration projects run by Trump’s administration. And while the Trump presidency did not end well for Trump, nor for many of those associated with the presidential office, Thiel walked away virtually unscathed. And he certainly walked away a great deal richer. Thiel undoubtedly has power and influence within the Republican party, but is he a danger to democracy?

A Danger to Democracy?

The answer has to be yes. He’s pushing for political agenda that helps him to make more money regardless of their effect on society at large, and that includes supporting politics that enable him to avoid paying millions in tax, and he clearly has a world view that does not support the democratic process, nor does it support the right to privacy, freedom of movement, or religious freedom. However, not everyone would agree. For some Americans, he would simply be termed patriotic. 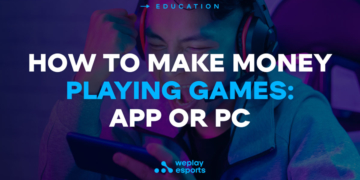 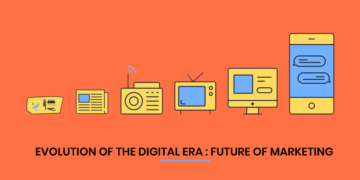 How Digital Marketing is Evolving in the Era of Rapid Change 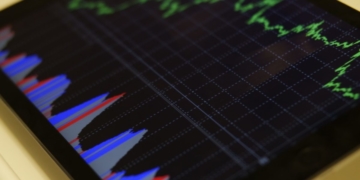 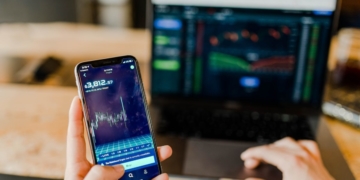 Trading through broker apps? This is what you should look out for!