The Europe Roundup: Open By Default 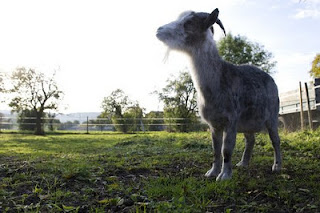 "A far-right political party in Switzerland has recovered its mascot goat stolen by left-wing rivals just a week before the country’s general election. The Swiss People's Party (SVP) said in a communiqué that the goat, Zottel by name, had been found safe and sound in Zurich."