Governments Must Not Censor the Internet: A Strong Remark From UK Foreign Minister 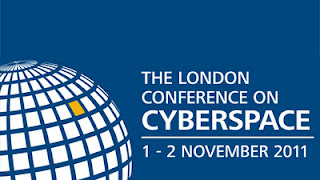 In the opening address of the London Conference on Cyberspace, UK Foreign Secretary William Hague took a strong stance on freedom of expression, declaring that governments should not censor activities in cyberspace.


His speech was reported by the Guardian:

"Nothing would be more fatal or self-defeating than the heavy hand of state control on the internet, which only thrives because of the talent of individuals and of industry within an open market for ideas and innovation," he said.

Hague told delegates that cyberspace should not be "subject to separate rules and processes in different regions set by isolated national services, with state-imposed barriers to trade, commerce and the free flow of information and ideas".

Hague's declaration stands in contrast to the government's stance during the UK riots back in August, notices PdF Europe organizer Jon Worth on Twitter.
At that time in fact British Prime Minister David Cameron said that his government was exploring the possibility of excluding suspected criminal conspirators from social media services.

Free flow of information can be used for good. But it can also be used for ill. And when people are using social media for violence we need to stop them. So we are working with the Police, the intelligence services and industry to look at whether it would be right to stop people communicating via these websites and services when we know they are plotting violence, disorder and criminality.

In this context the Foreign Secretary words are a very clear move by the U.K. government to step back from claims it was going to follow up on that kind of approach, comments the Wall Street Journal's Ben Rooney. Hague is instead challenging China and Russia on human rights, saying that “Human Rights are universal. Cultural differences are not an excuse to water down human rights, nor can the exploitation of digital networks by a minority of criminals or terrorists be a justification for states to censor their citizens.”

Hague's declaration seems also to answer a recent letter sent by freedom of expression activists and privacy advocates (among them Cory Doctorow and Evgeny Morozov) calling on the UK government to reject censorship and technologies that undermine people's rights. Here's an excerpt from the letter:

Earlier this year the Prime Minister suggested there should be more powers to block access to social media, a policy that drew praise from China and which the government swiftly backed away from. There are also plans for more pervasive powers to surveil and access people's personal information online.

The government now has an historic opportunity to support technologies that promote rather than undermine people's political and social empowerment.

We call for the UK government to seize this opportunity to reject censorship and surveillance that undermines people's rights to express themselves, organise or communicate freely. That is the only way to both enshrine the rights of citizens in the UK and to support these principles internationally.

The conference started today and will end tomorrow, gathering delegates from more than 60 countries, as well as pioneers of the Internet.
It is the first of its kind that aims to look at all aspects of cyberspace and to foster a dialogue to help guide the behaviour of all governments.